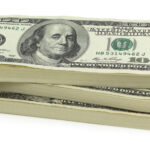 A couple of months ago, I was talking to a very young friend of mine about his worries regarding getting a job during summer. I need to say I guess that my friend is about 17 y/o and he’s studying IT in college. Like all youngsters he’s quite passionate and inquisitive about technology and he tends to spend a lot of time reconfiguring his computers to try new software and see what they’re all about. While one could argue that this is not very productive, I would just say that it gets him used with various administration tasks, and often he’s faced with problems that force him to read a bit more about networking, programming, sysadmin and such — which, if nothing else, at least raises his IT awareness. Anyway, back to the point, he was telling about the fact that he had been trying for a while to get a part-time job in a “real IT company” (as he put it 🙂 ) and companies pretty much reject him based on the facts that

Given this facts, he was dreading the fact that in summer time, in order to make some pocket money, he’ll have to go and work in a local eatery or such, rolling burgers and chips. (As it normally happens, most of his colleagues do the same and make a bit of money over the summer holidays.)

I found it strange though that as a young person with a certain willingness to do some work in the area you are actually studying, companies will discard you straight away, when I would argue a part-time job — which can probably pay the same or even less than working in the local McDonald’s! — would actually have some benefit for them. While I understand that for a small company it can be difficult to actually find another 3 or 4 or 5K per year to spend on someone like my friend, medium and large companies shouldn’t have a problem with that I thought.

Anyway, talking to him at the time, I suggested that he could try some of the sites that allow people to post projects and get them done by coders worldwide. Typically these sites are crowded by coders from countries with a low average wage, and obviously someone who needs a small project done quick would rather pay 20 dollars to someone from Eastern Europe for instance than pay 300 dollars to someone from the States. So I’ve warned him from the beginning that there won’t be too much money to be earned per project, but possibly this could add up if he could manage to take about 5 such small projects per month. He did some quick maths on the spot and figured out that he’d be happy with about 80-100 pounds a month — which based on his maths should come down to about 6 projects a month.

So before I knew it, he already went on about 3 sites and signed up and made his first 25 dollars! 🙂

I haven’t been in touch with him for a while now, but as I understand from his father he’s still doing the odd job here and there on these sites and makes enough money to allow him to randomly upgrade his computers with whatever he feels is needed. Obviously, he doesn’t even consider working in the local McDonald’s anymore, as he’s much happier spending the whole summer doing some coding (and obviously practicing his programming skills and learning a lot — I hope) and getting his pocket money out of that.

Which leads me to the final question for this afternoon’s blog entry: should we start reconsidering the whole “summer job” idea that the kids should go and work in the local McDonald’s to earn their money? :O

Nostalgia isn't what it used to be. 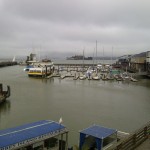