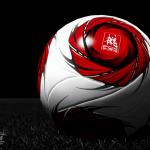 Little is known perhaps about my relative addiction to Pro Evolution Soccer from Konami on Nintendo Wii. I’ve been a Wii fan since it came out and tried a few soccer games on it but I have to say it was finally PES that got me hooked on it: to all the FIFA fans out there, sorry guys, I think Konami nailed it in terms of operating it on the Wii!

While I find myself often spending countless hours on this, I started mastering various techniques of passing or scoring and as such find myself sometimes recording what I call an amazing goal only to show off to my friends later on — sad as it might be it does provide a source of entertainment, believe it or not! 🙂 And while doing this I thought of this idea — Konami, if you read this, you’re free to use it — but please let me know when you plugged it into your product so I can buy it right away 🙂

The idea starts rather simple: connect PES to Twitter! You might think first “WTF???! Tweet the score??” but no, that’s not it (though I like your thinking :D). Rather than that, I want to be able during a game to simply press a button which takes a screenshot of the game play — sort of like the (poor) one I took below, though that was taken with my phone so no the best! — and tweets it — maybe with some pre-set message like “Liv’s team is currently winning 3-1 ” (or whatever the score might be) and uploads the screenshot to Twitter. 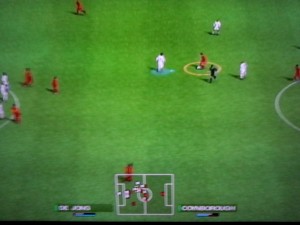 Obviously I would expect some sort of hashtag or something to occur as well (#pes ?) or something similar, so Konami can track their twitter user presence and run analysis based on it. However, the important bit being the frictionless sharing of a screenshot on twitter — just one button which does it in the background while i keep playing. I’m even happy for this request to be queued till the first break and then send it to Twitter — or whatever works for the game developers.

Also, PES offers the facility to record/replay goal plays — since they already record a little movie of this, why not allow me to put this on Twitter (sorry, I meant Vine!) too? This way I’d be bragging to my friends continuously about every single goal I score — actually no, some of them are rather lame but some of them, as I say, I classify as “amazing” and it’s only those I want to share with tweeps. So give me an option after each goal to say “Vine this? Yay or Nay” and then go and do the sharing for me in the background.

Please, Konami? Let me brag to my followers about my PES skills? 🙂

One Response to “Product Idea: Connect My PES to Twitter” 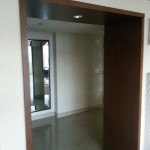